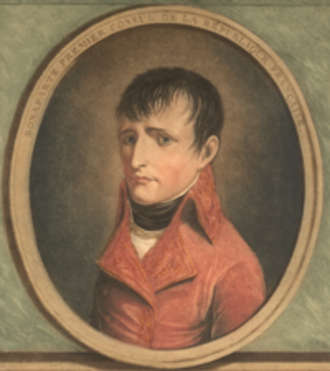 Posted by Racingdaylightllc at 10:30 AM No comments:


Lock of Napoleon's hair sells for £9,000: Strands cut during his exile following defeat at the Battle of Waterloo found at Surrey property during house clearance

A house clearer who found a lock of Napoleon Bonaparte's hair in a gold locket at a terraced house in Surrey is celebrating after it sold for £9,000.
The snip of greying hair was taken from the French emperor during his exile on the South Atlantic island of St Helena following his defeat at the Battle of Waterloo in 1815.
The locket was unearthed by the unnamed house clearer who had been called in to remove the contents of a terraced house before it was to be demolished following the death of its owner. 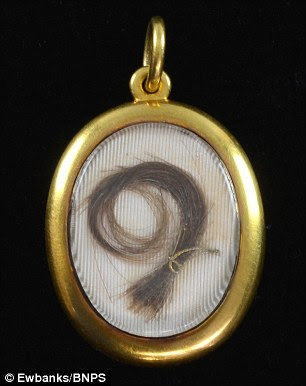 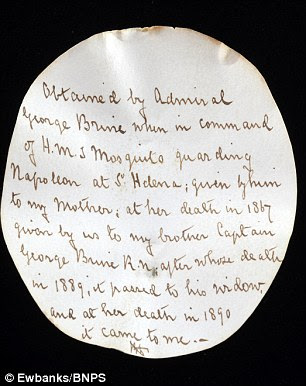 Lucky find: A house cleaner who found a lock Napoleon Bonaparte's hair in a gold locket at a terraced house in Surrey is celebrating after it sold for £9,000. It also had a hand-written note inside (right)
An inscription on the back of the case reads: 'Hair of Napoleon 1st St Helena 1816.'
And a handwritten note inside states: 'Obtained by Admiral George Brine when in command of HMS Mosquito guarding Napoleon at St Helena; given by him to my mother; at her death in 1867 given by us to my brother Captain George Brine RN after whose death in 1889 it passed to his widow and at her death in 1890 it came to me.'