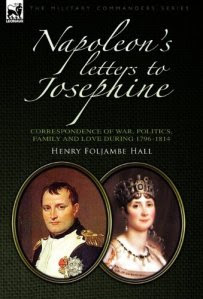 On the 10th of January 1810, the divorce ceremony of Napoleon Bonaparte and his wife Joséphine was performed as a grand social gathering, with each of the parties reading out a statement of devotion to the each other. A year prior to that, after a tense dinner together, Napoleon had announced to Joséphine that he had his mind set on separation. The emperor had long desired a son who would succeed him and continue the Bonaparte dynasty, but Joséphine, a widow six years his senior and already mother-of-two had been unable to provide him with a heir in their fifteen years together. Although their relationship was an unusual power-struggle with mutual distrust and infidelities, it seemed to have run deep and their separation had a heavy impact on both of them.
Allegedly, upon learning of Napoleon’s decision to divorce, the empress suffered a nervous fit and fainted, and had to be carried back to her chambers by her husband and his aide. The day after the divorce, as she wept at Malmaison, Napoleon went to console her and the couple walked hand-in-hand in the rain. Bonaparte’s  name was on Joséphine’s lips when she died in 1814, aged 51 of pneumonia (but her maid said that she died of grief), and her name was uttered by Napoleon on his deathbed in exile on St Helena seven years later. While in exile on Elba, he read about her death in a journal and is said to have locked himself in his bedroom for two days, refusing to see anyone. He claimed to a friend that “I truly loved my Joséphine, but I did not respect her.”( Felix Markham,  Napoleon, 1992). 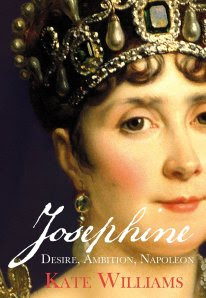 Whilst for most of us love equals respect, just as the rights of men equal those of women, Napoleon had a different view. If these were indeed his words, they were rather telling of his generalised view of women. Proof of which were the laws of his Napoleonic Code, or The French Civil Code 1800-1820, which caused quite a setback to aspirations of female equality. In “The Wife is Obliged”, Napoleon reaffirmed the legal right of men to control women. For instance, a woman could demand divorce only in case the husband moved his concubine into their common residence, but she could not remarry until after 10 months from the dissolution of their marriage! The Code dictated that married women in particular owed their husband obedience in all life matters, and were forbidden from selling, giving, mortgaging or buying property. Napoleon allegedly proclaimed: “Women ought to obey us. Nature has made women our slaves!” This backlash to women’s rights had consequences throughout Europe. In military campaigns, Napoleon carried the Code throughout Europe, where it served as a model to legislators in countries from Italy to Poland. Within France itself, the Code survived basically unaltered for more than 150 years. Only in 1965 did French wives get the right to work without their husband’s permission. Only in 1970 did husbands forfeit the rights that came with their status as head of the family. In many ways, the Code was the most enduring legacy of the French Revolution. 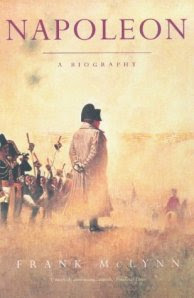 Napoleon’s divorce from Joséphine was in reality a double annulment and the climax of more than two years of speculation, gossip and negotiation which kept leading European courts and governments concerned with France’s innermost troubles. Napoleon and Joséphine both came under intense pressure to ensure the succession of the Bonaparte dynasty; therefore their union was first dissolved in the Senate and finally annulled by the Diocesan and Metropolitan tribunals. “The events during this period not only cover some of the major preoccupations of Napoleon and the French state – dynasty durability and stability, France’s relationships, both with the major political powers on the continent and with the Catholic Church – but also touch on more social issues – the legal basis of marriage in the 19th century – and some of the more complicated aspects of Canon Law.” (Fondation Napoléon 2008)
Posted by Racingdaylightllc at 7:46 AM No comments:

A History of Lingerie

Archaeologists have unearthed several 600-year-old bras that experts say could rewrite fashion history. While they’ll hardly send pulses racing by today’s standards, the lace-and-linen underpinnings predate the invention of the modern brassiere by hundreds of years. Found hidden under the floorboards of Lengberg Castle in Austria’s East Tyrol, along with some 2,700 textile remains and one completely preserved pair of (presumably male) linen underpants, the four intact and two fragmented specimens are believed to date to the 15th century, a hypothesis scientists later confirmed through carbon-dating.

Want to know how and where lingerie originated? Then look no further, as we have compiled a concise, yet detailed, history for you of how lingerie has developed through the ages into what it is today. My how it has changed.
In one form or another, women have worn garments to support, suppress or accentuate their breasts as far back as 3000BC. Therefore, the modern day bra has developed from Cretan women who wore a hip corset beneath their ceremonial dress, the surcoate worn over the clothes in the middle ages. Depending on the fashions of the time the corset has aided to give shape and definition to the woman’s figure, such as the boyish shape of the Elizabethan & 1920’s.
By the 1500’s the corset elongated the body, flattened and raised the bust while hiding the stomach and hips. When worn with the ‘farthingale’ the wearer had to walk in a sedate gliding fashion. This is also the era of the iron corset - some say worn by Catherine D’Medici’s court as there were strict regulations which correlated a woman’s position in court by her waist size, others say it was for correcting bone deformities.
The corset, commonly known as a ‘stay’, was made of linen with boning and stiffened with paste. Women were then ‘straight-laced’ into them, and the term became synonymous with the pious Puritan women of the 17th century. By the latter part of this century the corsets were more elaborate and it was fashionable to wear them on the outside as in medieval times.
The flamboyant dresses of the 18th century gave way to the simple empire line frock after the French Revolution of 1789. The look did not require heavy corsetry as it kept a more natural shape. The stay was lengthened to shape the hips and thighs, although it is said some ladies wore no corset at all.
By 1825 the high waistline of the Regency style had dropped to a more natural level and corsets became essential to show off an hourglass figure with a desired waist of 18 inches (or less). The Victorian era was the heyday of the corset and advances in design were made through out the century. New metallic eyelets ensured that the tight lacing required to achieve the hourglass figure need not damage the corset. The invention of the sewing machine meant the corset could be produced more quickly than with hand stitching and corsets could be sold ready made. A huge variety of fashion corsets were made and also corsets for maternity, safari, sports, golfing and riding, even for these activities lacing and boning was still used. As corsets were in such demand whalebone became scarce, leading to the use of buffalo-bone, cane, steel, and steam moulding in corsetry.
By the beginning of the 20th century a bust bodices could be worn as an alternative to the corset and this supported the entire bosom as a whole. It was in 1914 when American Mary Phelps-Jacobs, patented her design in the name of Caresse-Crosby. It consisted of two silk handkerchiefs tied together with ribbon to make straps and a seam in the centre front, due to lack of interest, a few years later she sold her idea to Warner’s for $1500-. In 1935 Warner’s introduced the first cup sizing with only A, B &C. Britain continued to use the junior and medium sizing until the 50’s. In 1939 the word bra was added to the English dictionary, it is worth noting the brassiere in French means an infant’s bodice or harness, therefore soutien-gorge is the correct French term for bra.
Throughout the twentieth century the bra has been developed by advancements of man made fabrics such as, nylon, Du ponts’s Lycra, polyester, Elastane microfibres etc. These new fabrics have enabled garments to be lightweight, supportive, flexible and seamless, to have colourful prints and to be easier to wash.
The bra has taken many shapes through out the century. From the conical looks of the 1950’s sweater girls, maximum cleavage bras, sexy lace bras and of course the ‘burn your bra’ ethos of the Women’s Liberation Movement. It is estimated that the lingerie market was worth half a billion pounds at the end of the 1990’s.
The new millennium has seen further advancements in design and fabrics, with many innovative designs now in the market. There are also a number of celebrities who have their own lingerie range. Our own styles have developed and now offer a variety of styles for all occasions from 28-52 back B-K cup sizes.

Posted by Racingdaylightllc at 12:28 PM No comments: